Actress Honor Blackman, who played one of the most memorable characters in the early films of the James Bond franchise, has died, her family confirmed on Monday, April 6. 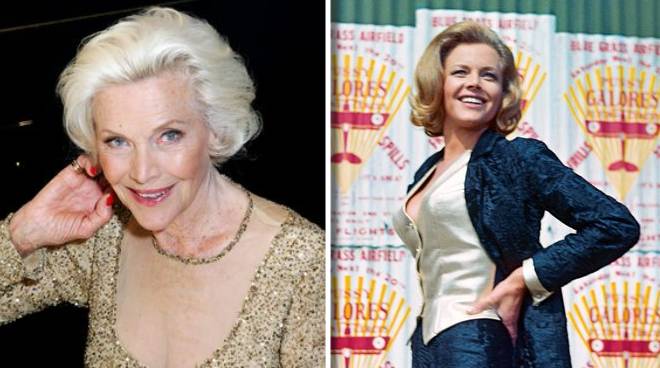 Actress Honor Blackman, who played one of the most memorable characters in the early films of the James Bond franchise, has died, her family confirmed Monday, April 6. In an official statement, Honor, who shot to fame after starring as Pussy Galore in the 1964 movie "Goldfinger" opposite Sean Connery, is said to have died of natural causes at her home in Lewes, Sussex while surrounded by her family.

"As well as being a much adored mother and grandmother, Honor was an actor of hugely prolific creative talent," the family said.

They added that Honor possessed "an extraordinary combination of beauty, brains and physical prowess, along with her unique voice and a dedicated work ethic".

On Twitter, Bond producers Michael G. Wilson and Barbara Broccoli also released a statement on the passing of the industry veteran.

“Today we mark the passing of a film icon, Honor Blackman who shall forever be remembered as Pussy Galore in Goldfinger. She was an extraordinary talent and a beloved member of the Bond family. Our thoughts are with her family at this time.” Michael G. Wilson and Barbara Broccoli pic.twitter.com/pXnidipKLJ

Aside from "Goldfinger", Blackman also became popular for playing Cathy Gale in the popular 1960s spy series "The Avengers" and the goddess Hera in the 1963 mythological fantasy film "Jason and the Argonauts."

As a theater actress, she's known for her roles in productions such as "The Sound Of Music", "My Fair Lady", and "Cabaret".

"Goldfinger" is the third installment in the James Bond series, and was the first Bond blockbuster, with a budget equal to that of the two preceding films combined.