The Sulit family does a CLOY-themed photo shoot for their parents’ 25th wedding anniversary. 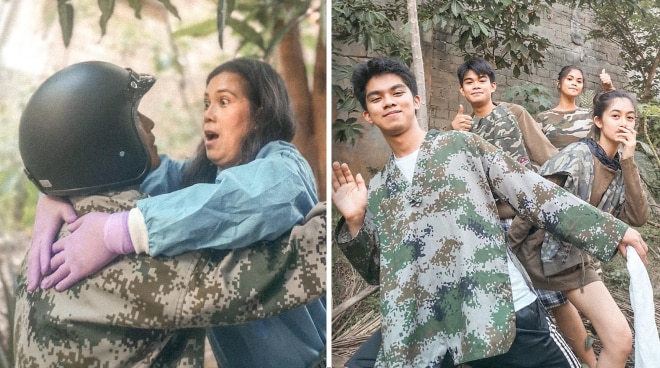 On the third week of being on home quarantine, one Pinoy family used their shared love for Korean drama Crash Landing On You to celebrate their parents’ 25th anniversary. Last March 31, the couple’s daughter Edflyn Marlenelle Sulit posted the album “Crash Lockdown On You” on her account which featured her parents Edwin and Lynette re-enacting scenes from the hit Netflix series starring Hyun Bin and Son Ye-Jin.

Her mother Lynette wrote, “An accidental quick trip to North Korea on our 25th anniversary. Happy Anniversary, my Captain Ri!” Their children also participated in the photo shoot by dressing up in army gear as the platoon members of Captain Ri in the series. The Facebook post went viral with more than 42,600 shares as of this writing.

The hit Korean series premiered on Netflix last December and is the second-highest-rated Korean drama series in cable television history. Crash Landing On You is a story about two unlikely lovers who cross paths one day because of a sudden tornado. Lonely fashion mogul Yoon Se-Ri from South Korea gets blown all the way to North Korea where she encounters Special Forces captain Ri Jeong-Hyuk who gives her shelter and makes plans to secretly help her return to her country without getting arrested.