Angel Locsin successfully sets up tents at 22 hospitals, aims to put up more in 38 others

Angel Locsin was joined by fellow celebrities Anne Curtis and Regine Velasquez who both donated to her #UniTentWeStand fundraiser. 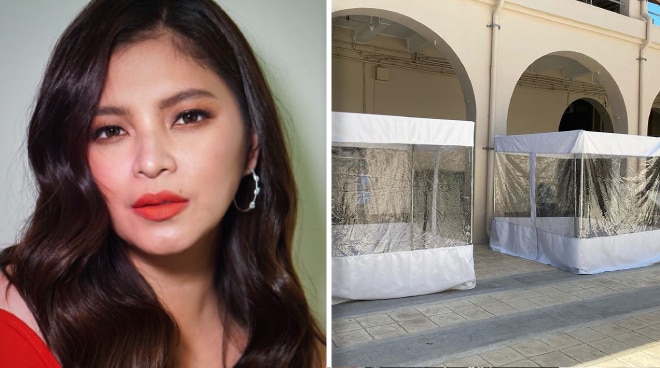 Angel Locsin, together with her fiancé Neil Arce and best friend Dimples Romana, has been able to raise more than 3.7 million pesos in only less than a week.

Locsin, who has been able to provide 12 x 24-meter tents to more than 22 hospitals across Metro Manila and neighboring provinces, aims to put up more at 38 more hospitals.

Meanwhile, celebrities Anne Curtis-Heussaff and Regine Velasquez-Alcasid were among the latest celebrities who donated to her #UniTentWeStand fundraiser.

Apart from setting up tents, Locsin also teamed up with designer Michael Leyva in distributing Personal Protective Gear (PPEs) to health workers and other frontliners.

As of this writing, the Philippines has already recorded 2,633 cases, with 107 deaths and 51 recoveries.