Because of many recommendable Southeast Asian series to binge-watch, heartthrobs from countries such as Korea and Japan have become everyone’s quarantine crushes.

It seems that Thai guys are starting to invade the hearts of the Filipinos, too. For instance, 2gether: The Series starring Bright Vachirawit and Win Metawin sent their Filipino fans into a love frenzy each time they played coy about their feelings. Following the 2gether craze is yet another book-based BL series titled TharnType: The Series. Similar to 2gether: The Series, TharnType follows the developing romance between two boys Tharn (Mew Suppasit) and Type (Gulf Kanawut) in a university milieu – this time, with steamier scenes! 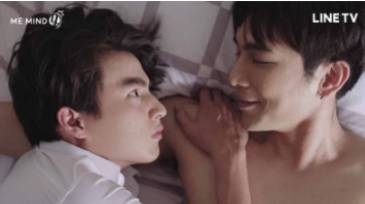 Credits to Channel One 31

Now, let’s get our eyes focused first on the budding hot actor Gulf Kanawut, who played the homophobic student Type, sharing the same bedroom with the openly gay Tharn. Recently, Gulf landed a spot in the worldwide Twitter trending topic with the hashtag #Gulf1MillionLove as he was about to reach a million followers on Instagram.

Wondering why fans are crazy about Gulf? The full story and hot photos HERE.