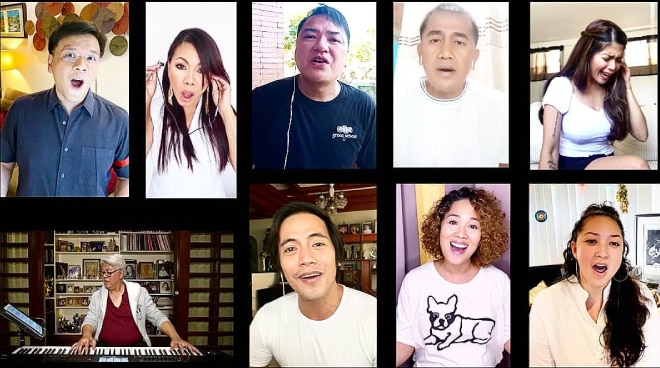 Last April 24, Ryan Cayabyab shared an exciting update on his social media accounts. Members of Smokey Mountain, the popular youth singing group which he formed in 89, are reuniting online as part of the upcoming May 3 episode of "Bayanihan, Musikahan" a donation program that lets artists do concerts from their home in order to raise funds online for communities affected by the COVID-19 virus. The special Bayanihan Musikahan concert is happening on May 3 at 11 pm in partnership with ABS-CBN. The OPM icon, whose career has already spanned five decades, was named National Artist for Music in 2018.

Other artists who have already performed in their own episodes of ”Bayanihan, Musikahan” are Lea Salonga, Gary Valenciano, and Martin Nievera, After being launched in March 18, the "Bayanihan, Musikahan," project has already raised over P62 million.