IS HE COMING BACK? John Lloyd Cruz resurfaces, fans react Speculations about the breakup of actor John Lloyd Cruz and Ellen Adarna had been a recurring topic on the Internet for months now, but last April 3, Ellen finally spoke up on the podcast Good Times With Mo about having a relationship with someone from Spain—which indirectly confirms her split with the actor.

Ellen and John Lloyd have a son named Elias. 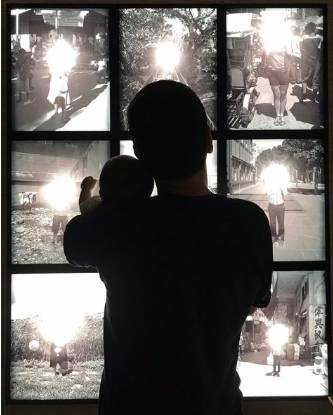 Being a notable actor in showbiz, John Lloyd has never technically left the scene, since he announced his departure from showbiz three years ago. He would still be talked about, seen on various art events of which he is a patron, spectator or participant.  He would also be seen with the likes of award-winning director Lav Diaz, or be doing a surprise cameo role.

Recently, fans spotted John Lloyd several times in Cebu. Although it suggests that the actor is still living his life out of the limelight, he surprisingly reconnected with her former love team partner Bea Alonzo on Instagram. Is he really giving hints on coming back? Find out HERE.