Carl Barrameda married his longtime girlfriend in an intimate wedding in Quezon City. 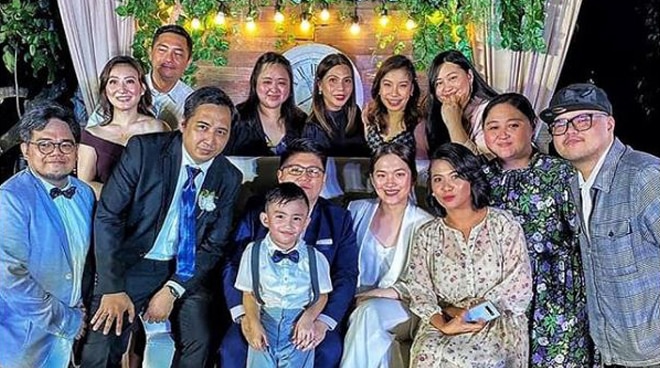 Based on the photos shared on social media, the couple got married at Las Filipinas de Acuzar located in Quezon City.

Among those in attendance were his fellow Goin’ Bulilit alums such as Miles Ocampo, Trina Legaspi, John Manalo, Igiboy Flores, and CJ Navato.

Director Bobot Mortiz and his family, known for being among the pioneers of ABS-CBN’s comedy unit, also graced the event.

Years after his stint on Goin’ Bulilit, Barrameda started working as a floor director for the top-rating ABS-CBN noontime show It’s Showtime.

a milestone! first Bulilit to get married! congratulations Carl John Barrameda and Nikolai Cimatu ! love and hugs to you both! #SwerteNikCarl @carlbarrameda @nikolaicimatu

Barrameda popped the question to Cimatu in Hong Kong back in 2019.