Thalia reveals she is a big BLACKPINK fan! 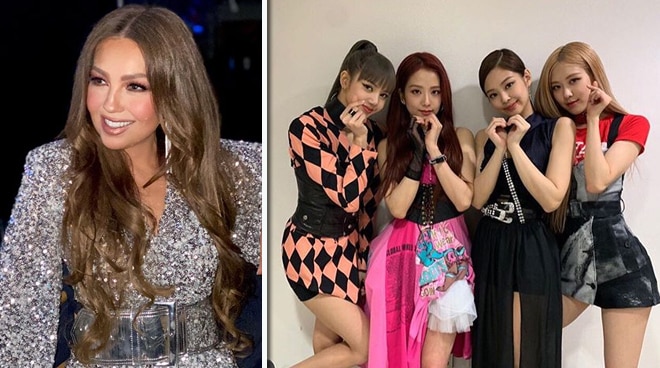 Latin pop superstar Thalia wants to collaborate with BLACKPINK. In an interview with Forbes, Thalia revealed that she is a big fan of the group.

"I love BLACKPINK!" she remarked.

The superstar shared that she likes their song "Kill This Love" a lot.

She also expressed her desire to collaborate with them in the future.

"That's my next collab—that should be my next f**king collab... You're hearing it first! Let's do it, I'll DM them. And then let's do promo there," she stated.

READ: Remember ‘Marimar’ and ‘Rosalinda’ star Thalia? This is her life now

Thalia pointed out that K-Pop and Latin music have similarities.

"They love dance, they're very passionate about our culture, I feel like they understand our aura. Now, I'm excited!" she said.

Thalia continues to make a mark in the Latin music scene with her new songs. She is famous in the Philippines for her soap operas Marimar, Maria Mercedes and Rosalinda.

Meanwhile, BLACKPINK is rumored to have a comeback this year.