Franki Russell admits that she and Marlon Stockinger are getting to know each other. 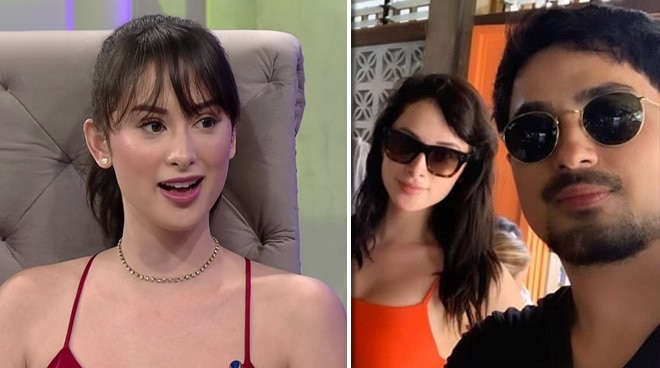 Franki Russell has finally spoken on rumors that she and Marlon Stockinger are dating.

Last February, former Pinoy Big Brother (PBB) housemate Franki Russell and race car driver Marlon Stockinger sparked dating rumors after photos and videos of them getting cozy with each other made rounds online.

Not only did the two of them look sweet in the photos taken during their trip to La Union with some of their friends, but they were also spotted at a launch of a makeup line just days after the first set of snaps circulated on social media.

During the March 5 episode of Tonight with Boy Abunda, Franki Russell finally addressed the speculations surrounding the real status of her relationship with Stockinger.

When asked by host Boy Abunda if she and Marlon Stockinger are officially together as a couple, the FPJ’s Ang Probinsyano actress immediately responded by saying: “No po.”

Russell, who admitted she’s hanging out with him, says she sees nothing wrong about going out with Stockinger.

Russell, a Filipina-Kiwi celebrity who spent most of her life in New Zealand, admitted that she’s into meeting new people right now mainly to widen her circle.

“Sobrang bago. We’re just exploring. I’ve been here in the Philippines for one year so open talaga to meeting people and making my circle bigger because I don’t go out too much. So it’s nice to meet new people,” she stated.

Asked if she’s open to any form of possibility, she answered: “Siyempre naman.”

Franki Russell has been previously paired with her ex-housemate Diana Mackey.

Meanwhile, Marlon Stockinger and Pia Wurtzbach, broke up after a three-year relationship in December 2019.