Francisco Martin has officially entered the Top 20 of ‘American Idol.’ 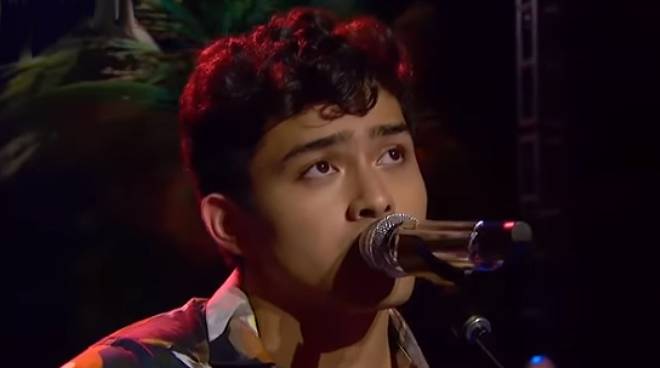 Fil-Am singer Francisco Martin has yet again impressed all three judges of ‘American Idol’ as he received a standing ovation from them for his performance of Harry Styles’ hit “Falling” during the showcase round of the show.

The San Francisco-based singer seemed to have taken note of the judges’ advice about trusting himself more as he delivered an electrifying performance before a wild crowd.

The following day, the judges met with the contestants — including Martin — to talk to them about whether or not they will continue their journey in the competition.

“I don’t really recognize who you are anymore especially what you did last night. And that’s a good thing,” Katy Perry told him, noting his improvement in the competition.

“When the girls screamed, did you see what he turned into? I don’t even think he sang for a moment. He just kinda sat there and took it all in,” he said.

Pointing out Martin’s similarity with a Grammy-winning Filipino artist, Perry said: “I was like, is that Bruno Mars? I like it.”

Luke Bryan, on the other hand, praised him for being able to figure out what he wants as an artist.

“You check every box. I have a feeling that great things are just going to happen to you in this experience. You’re just a wonderful talent,”

Martin is officially moving to the next round of the competition as he is now part of the Top 20 of American Idol's 18th season.