Maymay Entrata and Edward Barber participated in the "KalokoVan" segment of Robi Domingo for his YouTube vlog. 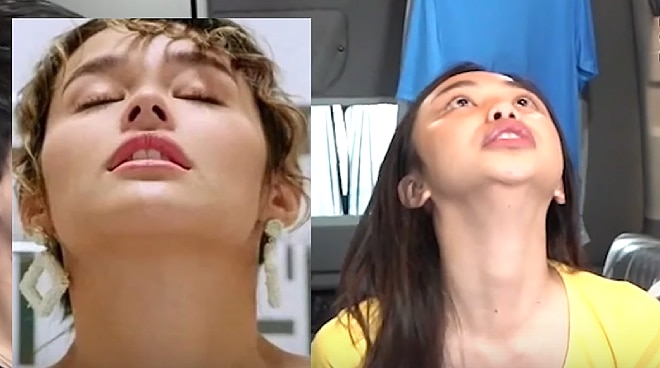 Maymay Entrata and Edward Barber joined Robi Domingo for his "KalokoVan" segment in his latest YouTube vlog. The video was shot weeks before the enhanced community quarantine according to Robi.

In the segment, MayWard had to answer sizzling questions from the netizens and if they choose not to do so, they have to perform challenges.


"I've been looking at lots of comments and people have been telling me, el presidente, bakit wala ka pang vlog together with one of the most powerful love teams? Huwag kayong magalit busy rin akong tao. Pero finally when I asked they said yes," Robi said.

Maymay and Edward gamely answered the questions and did the dares in the vlog.

One of the questions Robi asked MayWard was, "If you will to be given a chance to be someone for a minute, who will it be?"

Meanwhile, Maymay refused to answer the sizzling question and chose to do a challenge.

For her dare, Maymay had to do a catwalk on the street.

The actress gamely did the catwalk, strutting on the pedestrian lane like a model.