Franciso Martin made it through the Hollywood Week of the eighteenth season of ‘American Idol.’ 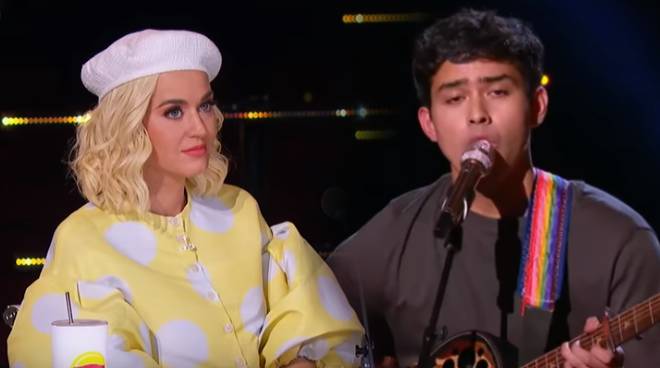 Francisco Martin is steadily making his way through the eighteenth season of American Idol and has advanced from the Hollywood Week of the singing competition.

Last March 17, the Fil-Am singer performed James Bay’s “Hold Back The River” for his solo performance on the Hollywood Week of the show.

Despite the judges cheering him on after his performance, Martin said he still felt like he didn’t do enough during the first round.

“I’m very happy about it. I’m happy that I got it done. But I feel like I should have done better,” he said.

Sparring with fellow Idol contestant Louis Knight for the second round of the Hollywood Week of the competition, the 18-year-old pre-law student and his rival picked each other after finding out that the judges were pitting them against one another.

Unfortunately, Martin suddenly forgot the lyrics in the middle of their performance. But judge Katy Perry cheered him on and shouted: “C’mon, Francisco!”

Giving him a lift after his performance, the judges — including the “Never Really Over” singer — offered words of encouragement as a way of uplifting his spirit.

“Francisco, if you make a mistake, if you forget the words, it’s okay. We do it all the time. Just don’t give up and don’t show defeat. You can go backstage and kick a trashcan if you need to, but don’t let the audience know,” Katy Perry said.

Meanwhile, Luke Bryan stated: “I’m just gonna say it, we have tremendous hopes and dreams for you guys, I know I do. You need to trust us and the people around you that you are this good because you are.”

Lionel Richie, on the other hand, said: “If you can just put your thought in your head: you are born enough. There’s nothing you have to prove except to yourself, you understand me?”