Alex Gonzaga and Ivana Alawi collaborated for a YouTube vlog. 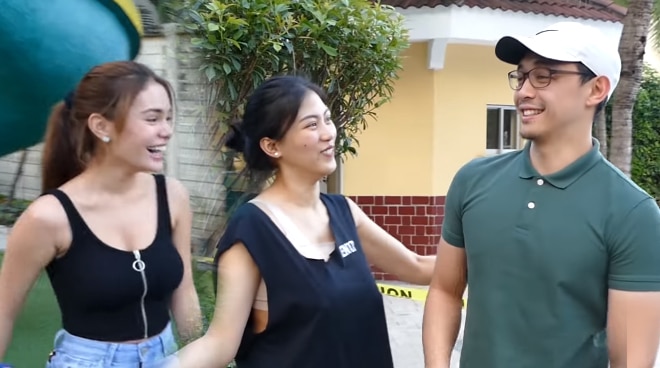 Two of the country's top YouTubers finally collaborated for a vlog. In the newest video uploaded by Alex Gonzaga on her channel, Kapamilya sexy actress Ivana Alawi joined her for a fun collaboration that was an instant hit online.

For the first part of the vlog, Alex impersonated Ivana, mimicking a popular vlog that the sexy star released online, which already gained more than 10 million views as of this writing.


For the second part, Alex and Ivana had a hilarious chitchat and discussed a range of topics from vital signs, to relationships, and to Ivana's upcoming project in ABS-CBN titled Ligaya.

Alex also roasted her boyfriend Mikee Morada who also joined them in the vlog.

The video has already amassed more than 300k views, one hour after it was released.