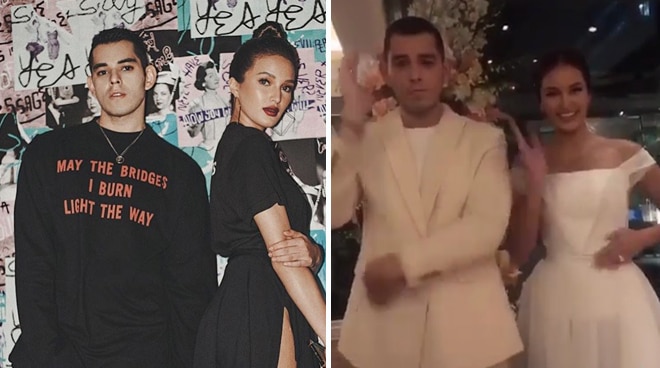 On Instagram, Gutierrez shared a video where Lahbati can be seen donning a simple white dress while dancing to “U Can’t Touch This (Impozible Remix)” by American rapper MC Hammer.

“With the bride at tonight’s intimate civil wedding. Congratulations @sarahlahbati &  @richardgutz,” Gutierrez wrote in his caption.

With only less than twenty people in attendance, Gutierrez said his brother’s wedding ceremony with Sarah Lahbati — which pushed through amid a pandemic — became even more meaningful.

“With less than 20 guests, tonight’s ceremony was not the original plan but made it more meaningful. Love conquers all, even during a pandemic.”

Last Thursday, March 12, Richard Gutierrez and Sarah Lahbati made the announcement regarding the postponement of their wedding which was scheduled to air live via Metro Channel. It was supposed to take place at the Shangri-La at The Fort Hotel in Bonifacio Global City.

Gutierrez and Lahbati had to postpone the star-studded wedding due to threats brought about by COVID-19 pandemic.