CUTE! These kids recreated some of the scenes from the hit K-Drama ‘Crash Landing On You’

Little Se-ri and Captain Ri just stole our hearts away! 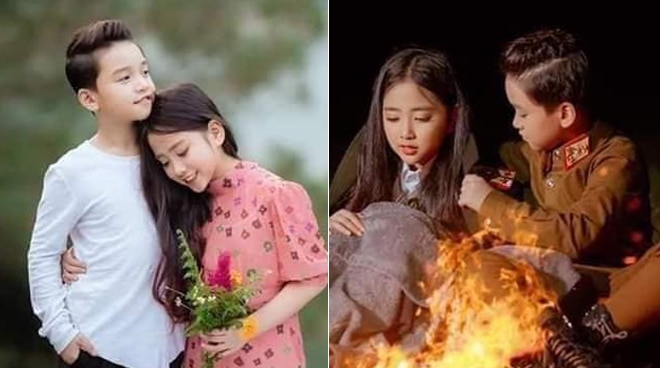 The Crash Landing On You fever continues -- and it’s evident in the various CLOY-inspired social media posts from local celebrities that are taking over the internet by storm every now and then.

Speaking of trending, two adorable kids just stole away the hearts of netizens after recreating some of the scenes from the hit Korean drama.

Posted via a Facebook page called Asian Drama and K-Pop Vibes, the photos instantly went viral – with netizens particularly praising the kids for their on-point outfits and looks.

Some of the iconic scenes “Little Se-ri” and “Captain Ri” recreated were the bonfire scene, the bicycle scene (without the bicycle), and their ‘happy-ever-after’ scene.

If you are experiencing major sepanx from CLOY, then you should definitely see these cute photos. Check them out below:

Crash Landing On You, which is available on Netflix, stars Hyun Bin and Son Ye-jin.

Among the top personalities in the Philippines who are certified fans of CLOY are Charo Santos, Jolina Magdangal, Ogie Alcasid, and John Prats.