Denise Laurel explains why she does not talk about marriage 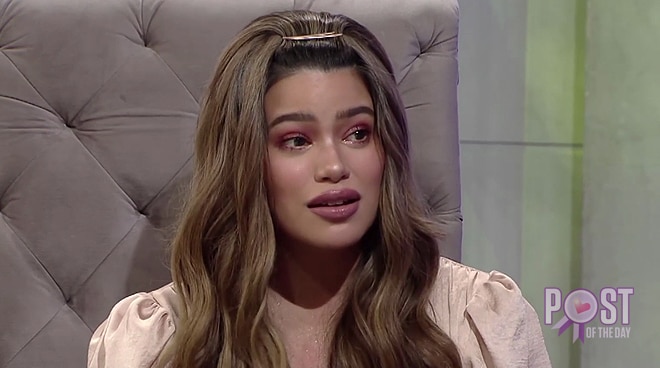 Denise Laurel is one of the visible and versatile actors of today but despite being a public figure, she has managed to keep mum about her private life, particularly her relationship with professional basketball player Sol Mercado.

During her interview on Tonight with Boy Abunda, she explained that she does not talk about marriage because she does not want to put pressure on Sol and she also clarified that he is a private person.

“Ayaw ko lang to put pressure on him. I wanna respect him, respect his privacy. It’s funny because I’m very madaldal… He’s a very private guy,” she shared with TV host Boy Abunda.

She added, “No pressure, I don’t want to pressure him. I don’t want his privacy you know, to be encroached. I really want to respect him I think because you know I’m very open. I have to find the middle ground, kailangan binabagayan din ang kasama mo.”

Denise and Sol have been together for years now and the two got engaged back in 2013. In their interview on the same program back in 2015, Sol has expressed his affection for Denise and said, “In my heart, she’s already my wife.”

READ: Sol Mercado on Denise Laurel: ‘In my heart, she’s already my wife’

However, they decided to call off the engagement in 2016 but have managed to stay friends.

In 2017, the seasoned singer-actress revealed that they were ‘working things out’ and eventually got back together.