Joshua Garcia and Julia Barretto were spotted getting comfortable with each other amid rumors that the two are no longer friends. 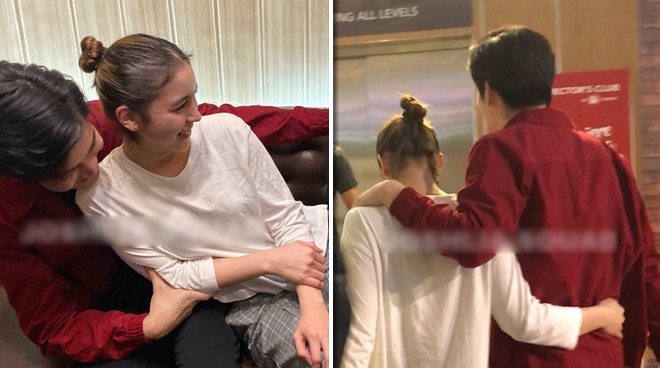 Ex-lovers Joshua Garcia and Julia Barretto made it to the top trending spot on Twitter after the two were spotted getting cozy with each other at a block screening of the zombie film Block Z in Bonifacio Global City in Taguig.

In two separate photos shared by fan club JoshLia Squad, Joshua Garcia can be seen wrapping one of his arms around Julia Barretto’s shoulder while walking at a mall. In another photo, Julia can be seen comfortably leaning towards the young actor.

In 2019, news about the couple’s breakup sent the online world abuzz.

While rumors about Joshua and Julia no longer friends made headlines after a video of them seemingly not talking to each other circulated online, the couple made it clear that all is well between them.

Currently, Joshua Garcia is being linked to his Killer Bride co-star Janella Salvador.