Model opens up about past relationship with Alex Diaz

A Filipina-British model who used to be in a relationship with Alex Diaz opened up about their short-lived romance for the first time since the actor-host confirmed their breakup early this month. 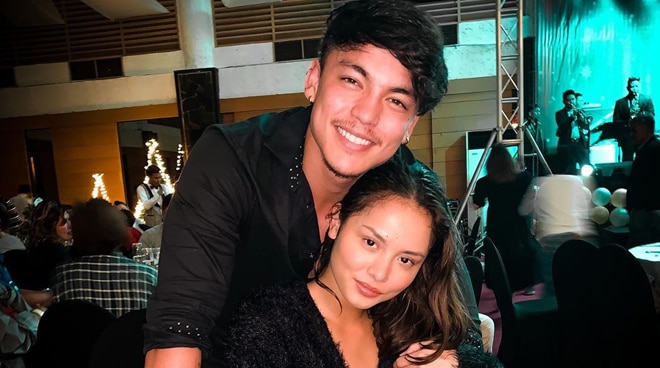 A Filipina-British model who used to be in a relationship with Alex Diaz opened up about their short-lived romance for the first time since the actor-host confirmed their breakup early this month.

Gloomy days ahead but I still manage to smile 😋

In an interview with ABS-CBN Lifestyle, Ella Hake said she knew about her ex-boyfriend’s sexual orientation even before last year’s controversy that would out him as bisexual.

“I wouldn’t change him. I never wanted to do that because I wanted to love him unconditionally. Because that’s the point of going into relationships right?” she added.

The two knew each other through Ella’s best friend, who, in turn, was dating Alex’s brother. The former couple were together for only five months until they decided to call it quits.

According to Alex, it was their openness towards each other that paved the way for them to save their friendship.

“Surprisingly, I think what made us so strong was we laid all our cards out on the table in the beginning of the relationship. She knew I was fluid and I knew everything about her. Instead of focusing on the light, we focused on the darkness and each other and that’s what made it easier for us to open up and be ourselves,” he said.

Asked of his advice on remaining friends with an ex-girlfriend or partner, Alex said: “I think you should realize that you can still love somebody and not be with them. You can love somebody and not have them be ‘yours’ and still want what’s best for them even if it’s not you at that moment in time.”