Alex Diaz forgives Miguel Chanco for outing him: ‘All water under the bridge now’

Bisexual actor Alex Diaz works out with the fitness instructor who posted about his indecent proposal last year. 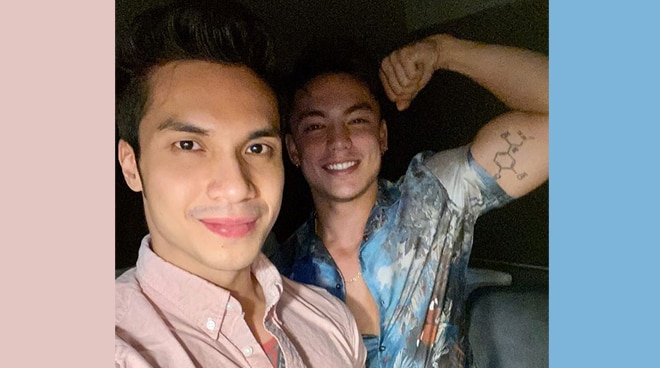 It’s been five months since fitness coach Miguel Chanco posted screenshots of his private conversation online with Alex Diaz whom he accused of sending him an indecent proposal. This prompted the actor to apologize and subsequently come out as a bisexual.

Less than a month after the incident, Miguel apologized to Alex and the LGBT community for his actions which laid the issue to rest. Last February 26, Miguel posted a photo of himself and Alex meeting again for the first time with the the caption, “Glad we were able to talk through the issue. All is well.” Alex also commented on the post, saying, “All water under the bridge now. Good luck on everything m’dude!” 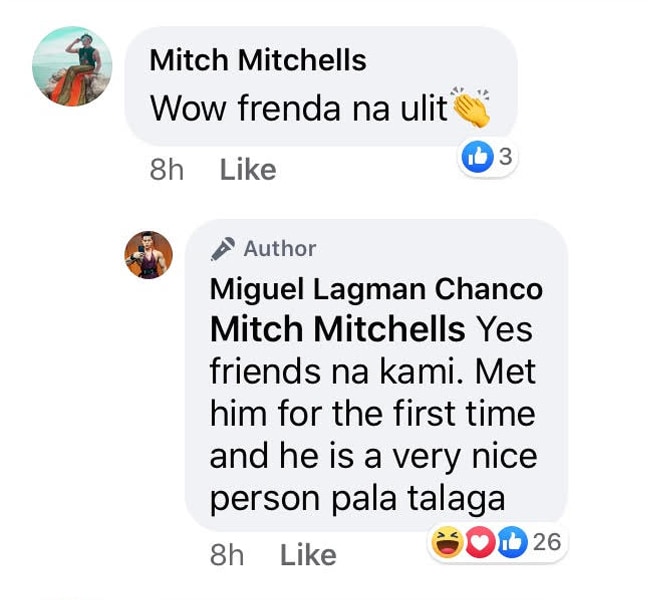 Netizens had mixed reactions to the photo, with some supportive of their making amends and sharing it on social media, others shipping them as a possible couple, and others with sarcastic remarks about the two making up after all the fuss they created last year.

In previous interviews, Alex said he had already forgiven Miguel and had no ill feelings about what happened. He also said he was thankful that through that issue he was finally able to come show the world his true self. He told PUSH about finally being open to his fans about who he is. “I feel like I started being more authentic and people were able to get closer to me. Because I had this wall before and I thought nahihiya ako pumunta sa management ko kasi parang ayaw naman ako makita ng mga tao. When in reality ako yung humaharang. So now I’m developing a better relationship with people because of what happened, so it’s all good now,” he said.

Glad we were able to talk through the issue. All is well.