Is the house James Reid selling his former ‘love nest’ with Nadine Lustre?

While James Reid has yet to confirm it, several fans claimed that he is reportedly selling the three-storey house between 82 to 85 million pesos 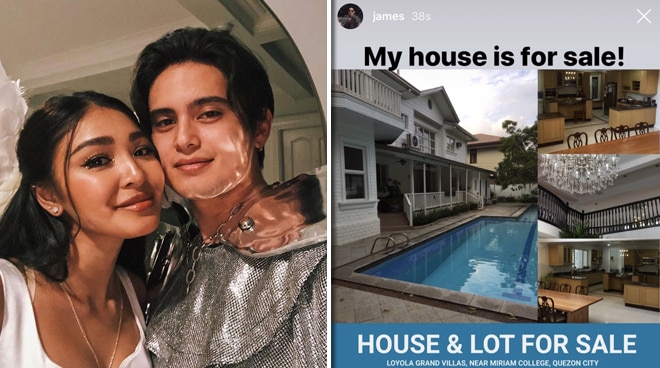 When news broke out about James Reid and Nadine Lustre’s split, several reports on the latter supposedly moving out of James’ home and transferring to a posh condo in Makati also came out.

These were later proven when Nadine, in one of her Instagram stories, took a video of one of her friends living in a tall condominium a few meters away from her home. And now, James is selling his house located at Loyola Grand Villas in Katipunan.

READ: James Reid, Nadine Lustre talk about each other in post-break up interview

But the question is, as raised by some netizens, is it his love nest with Nadine Lustre? 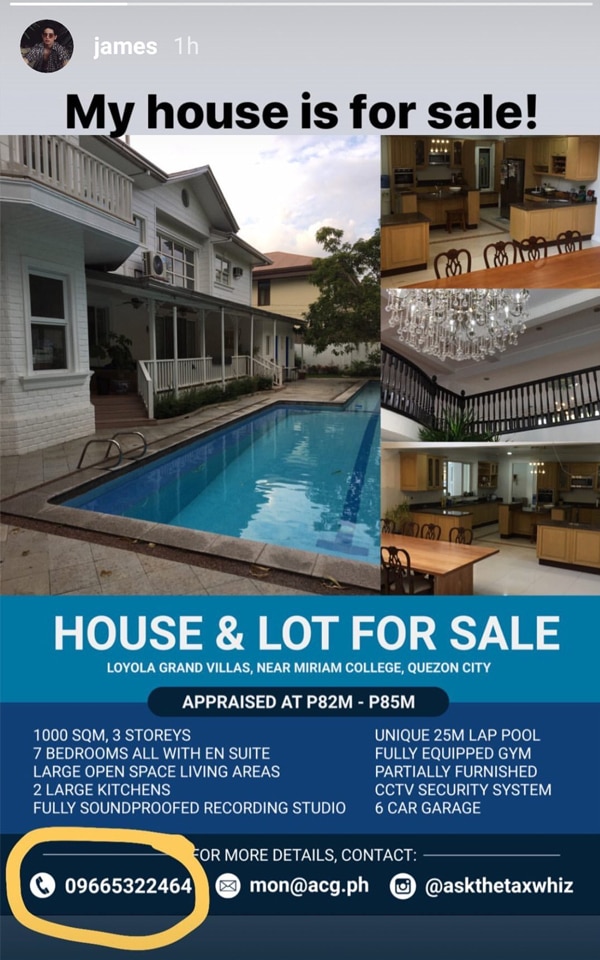 While James and Nadine have yet to confirm whether or not it was the same house they used to share, fans have well enough reason to believe it is.

Several fans pointed out that the spots used by Nadine Lustre as background on various Instagram posts match the balcony fixings on the photos posted by Reid.

In a March 2019 interview on Gandang Gabi Vice, James Reid confirmed that he and Nadine Lustre were living under the same roof — ending years of speculations on the issue.

On Twitter, some fans claimed that James is reportedly selling the house between 82-85 million pesos.

The JaDine couple confirmed their breakup in a joint statement via Tonight with Boy Abunda back in January.