Sarah’s mother allegedly made a scene at her daughter’s wedding: ‘May shouting na naganap. Talagang inaawat’

Vic del Rosario reportedly had to intervene and stop Divine Geronimo from making a scene at her daughter Sarah and Matteo Guidicelli’s wedding, according to reporter MJ Felipe. 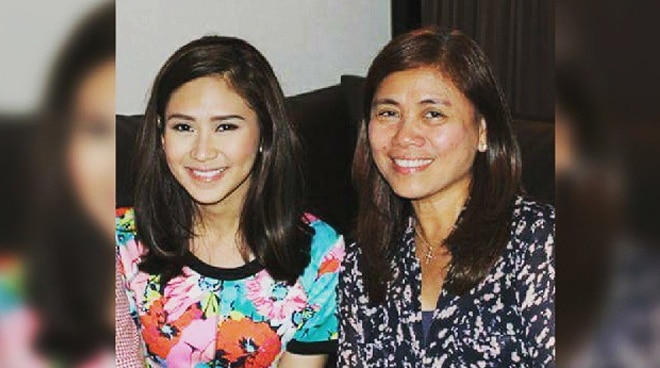 ABS-CBN reporter MJ Felipe shared on his radio show that a source of his claimed that Sarah Geronimo's mother Divine allegedly caused a scene at the wedding of the pop star and Matteo Guidicelli on February 20. He said that VIVA's Vic del Rosario even had to go the wedding to stop Divine.

READ: Engagement photo? Picture of Matteo Guidicelli down on one knee for Sarah Geronimo surfaces

He added that his source confirmed that despite what happened, the couple's wedding pushed through.

Prior to the wedding that day, MJ also shared that Sarah was apparently calm during the taping of The Voice Teens, amid the rumors about her wedding making headlines that morning.

The staff noticed though that the Popstar Royalty left the set after the taping all by herself.