Were Sarah Geronimo’s parents not pleased about Matteo Guidicelli handing her flowers at ‘Unified’ concert?

Matteo Guidicelli handed Sarah Geronimo a bouquet of flowers during the closing performance of ‘Unified’ concert. 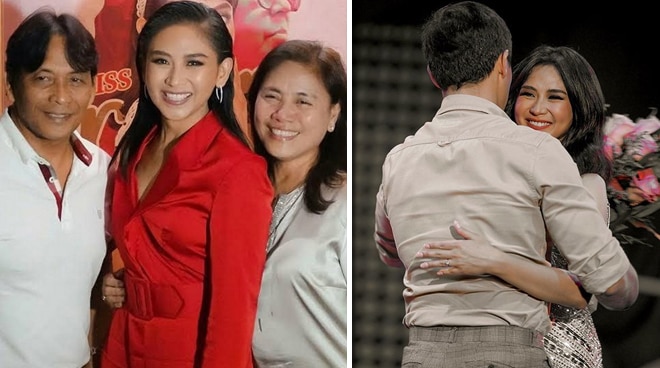 Sarah Geronimo's parents were reportedly not pleased when Matteo Guidicelli handed her a bouquet of flowers on stage at the Unified concert on Valentine's Day.

According to ABS-CBN News reporter MJ Felipe, his source claimed that Sarah's parents got furious when they saw Matteo, instead of Viva's Vic del Rosario, giving the flowers to Sarah.

MJ shared that it was Vic's choice for Matteo to give the flowers to the pop star.

Sarah staged a concert with Regine Velasquez for the first time on Valentine's Day with Unified. The Popstar Royalty received the flowers from her then-fiancé during the finale performance in the concert.

Sarah and Matteo got married on February 20.