Watch Loisa Andalio’s reaction when she ate the fried silkworms. 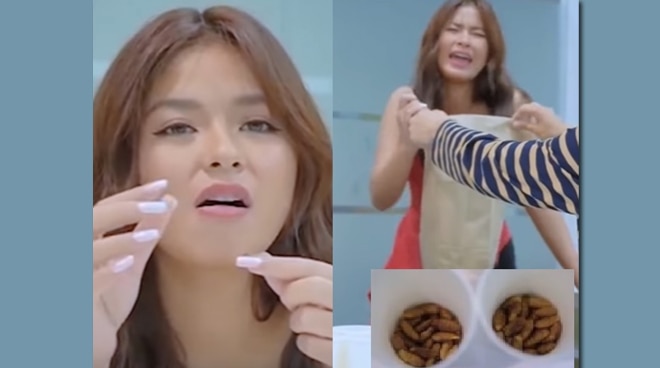 Loisa Andalio gamely ate fried silkworms as a part of a YouTube vlog challenge. The actress, alongside her James and Pat and Dave co-stars Ronnie Alonte and Donny Pangilinan participated in Richard Juan's "Spill It or Swallow It" vlog.

Loisa was asked if what trait of Ronnie she thinks is "nakaka-turn off."

Refusing to be more specific about her answer, Loisa needed to swallow the silkworms as a dare. According to the actress, she already tried silkworms before when she was inside the Pinoy Big Brother house.

What ensued was a frantic Loisa who threw up the silkworms she consumed.

James and Pat and Dave is now showing in cinemas nationwide.