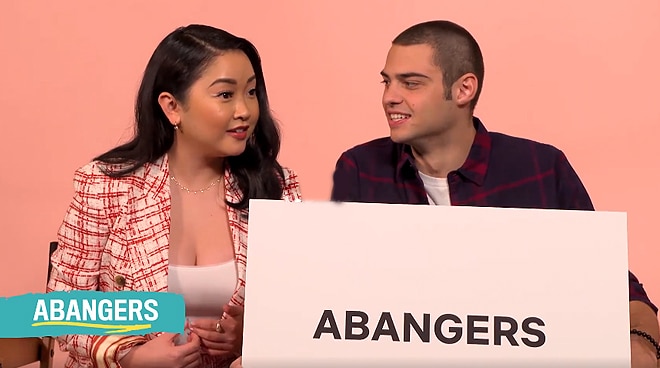 Noah Centineo and Lana Condor just learned some of the most popular Filipino slang — and we have Netflix to thank for it.

On Thursday, February 20, Netflix released a video of the lead stars of To All The Boys: P.S. I Still Love You learning three popular Filipino words used in both real-life and social media conversations namely “abangers”, “NBSB,” and “kilig.”

“When a song is a bop,” said as she guessed the word Abangers. Centineo added: “When it’s a banger yeah yeah yeah.”

Going for a more serious guess, Centineo said: “I think it’s someone who treats you super well.”

The word, as defined by Netflix as “someone who is waiting in the wings for their crush to suddenly be available,” had the two stars interpreting it in the most relatable way for Filipino “abangers” out there.

“They’re ready to pounce at any given moment,” Condor said.

Meanwhile, NBSB, which means “No Boyfriend Since Birth,” was defined by Netflix as the “unofficial club of single Filipinos who have never been in a relationship.”

Meanwhile, the word “kilig,” defined by Netflix as “over-the-top butterflies in your stomach,” had Condor going “Awww,” adding: “I love that feeling.”

Noah Centineo and Lana Condor were supposed to visit Manila last February 14 for a fan meeting.

Netflix had to cancel the event due to precautionary measures for COVID-19 (then-called nCov) epidemic.

READ: ‘I was gonna eat so much lumpia’: ‘To All The Boys’ star Lana Condor ‘heartbroken’ over Manila fan meeting cancellation

To All The Boys: P.S. I Still Love is now streaming on Netflix.

Noah Centineo Lana Condor To All The Boys P.S. I Still Love You