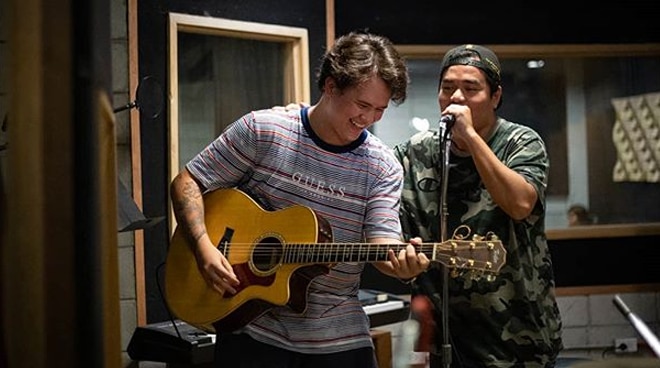 “Chef JK and Chef Glock [are] cooking something.”

Singer JK Labajo made this statement on Instagram last February 11 as he announced that he and rapper Gloc-9 are collaborating on a new project.

In his caption to a photo of him with the “Simpleng  Tao” hit maker inside a studio, JK added: “Coming in hot this month xo.”

Also on Instagram, Gloc-9 posted a behind-the-scene photo from what appears to be his music video shoot with JK, with the caption: “Panahon ulit ng pagtatanim… malapit na!”

JK has been vocal about his plans to work with the rapper for his album.

Of the unreleased record, “The Voice Kids” alum was quoted as saying in a previous interview with Push: “It’s a full-length album with my band and everything. … It’s something new in a sense. It’s good.”