WATCH: Alex Gonzaga pranks her parents that she is pregnant

Watch the reactions of Alex Gonzaga's parents when she told them that she is "pregnant." 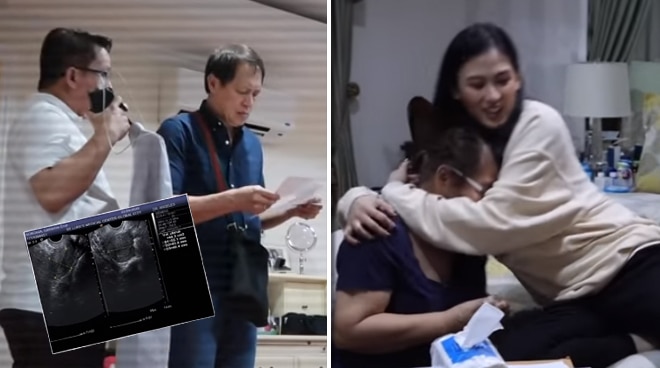 Alex Gonzaga pranked her parents Pinty and Bonoy in her latest YouTube vlog. The actress-vlogger told them that she is pregnant.

Alex printed a sonogram and she also got three pregnancy tests from her pregnant friend to make her prank more believable.

What ensued were intense reactions from her parents.

On the first day, Alex pranked her mother.

According to Alex, the prank was requested by netizens.

The actress-vlogger got engaged last December to her non-showbiz boyfriend Mikee Morada. They celebrated their third anniversary in November. She recently went to Singapore with her sister Toni to choose a wedding gown.