K-Pop group PENTAGON sings hit in Tagalog, hopes to do a show in PH this year

PENTAGON also tried out different snacks from the Philippines. 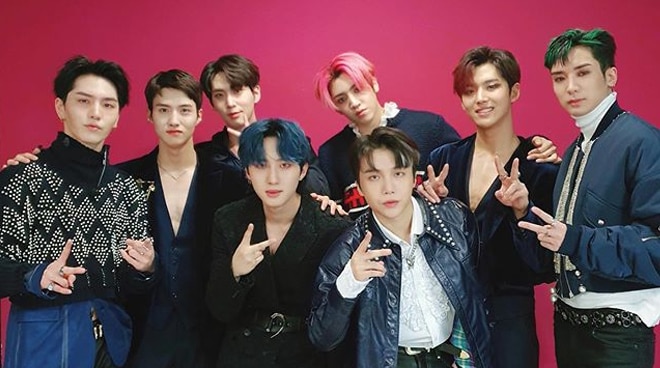 As part of their guesting appearance on ROLLING, South Korean group PENTAGON took on the Transonglation Challenge.

The group, divided into three, sang their hit “Dr. BeBe” in various languages including Indonesian, Russian, and Filipino.

PENTAGON also tried out snacks from the Philippines and particularly loved the mocha and custard flavors of a cake bar brand.

At the end of the challenge, PENTAGON gave messages to their fans from the three countries.

The group, which originally consisted of ten members, is currently composed of Jinho, Hui, Hongseok, Shinwon, Yeo One, Yan An, Yuto, Kito, and Wooseok.

PENTAGON, which debuted in 2016, released their debut EP during the same year.