Actor-singer Sam Concepcion returns to the stage in the millennial reboot of Trumpets’ original musical production this year. 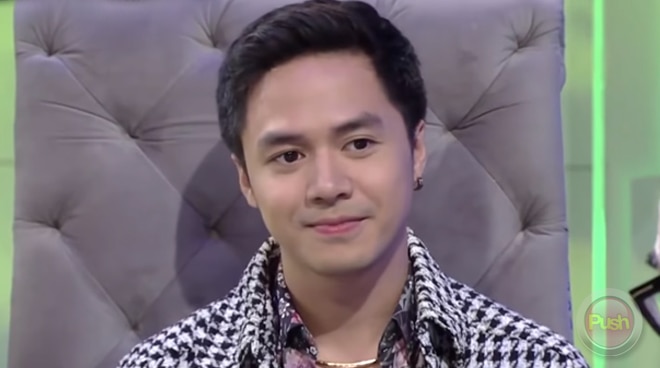 Almost two years since his last relationship, Sam said he is the type to make an effort when he is seeing someone. “Especially when I’m in a relationship I spend Valentine’s day with her of course. I would be the type to plan a trip. Dream date siguro would probably be a nice trip to Europe like Spain, mga ganyan. I’ve never been to Spain so nice yun. Pero hindi naman surprise trip. But I’ve always been with someone in the past. I was always in a relationship so focus ako muna sa work and so far okay naman. I’m very happy,” he shared.

Currently single, Sam said he believes that exes can remain friends just like his relationship with ex-girlfriend with Kiana Valenciano. “It’s good. Great. Yes slowly bumalik yung friendship. Pero hindi naman immediate for us. But it’s true that exes can be friends,” he said.

The Joseph the Dreamer actor said that he also understands why it will be hard to keep a low profile on his dating life even if he was seeing a non-showbiz girl. “Mahirap kasi gawing private. This is the reality of the industry that we’re in and our line of work. But also, siguro I’ll take care of it. Not let whatever else affect it,” he added