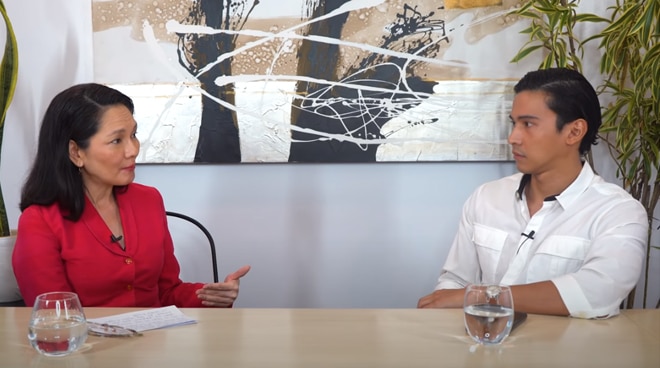 One of the country’s most outspoken celebrities — Enchong Dee — sat down with Senator Risa Hontiveros for an interview.

In the said vlog, Enchong and Risa exchanged insights about various problems facing the country as well as social issues including mental health.

According to Risa, what she appreciates about the Filipino youth is the sense of care embedded within them.

READ: Enchong Dee on sharing his political views: ‘I won’t be fake and I won’t lie’

“I think it’s the same for all generations — na every time na the country was going through a process of change, ang daming young people na naging involved. Basically, young people care. You care,” she said.

Risa went on to say that she never believed what older people would say about millennials.

According to Risa, it is important to have an “inter-generation dialogue” to help connect the two generations.

EXCLUSIVE: Enchong Dee on being vocal about his socio-political views: ‘It’s very important for me’

She continued: “Somehow, we learned lessons along the way na ini-equip tayo ngayon — pati you young people now to understand the problems and challenges of now. And to use your unique strengths to bring us forward.”

Enchong — who did a thesis about the possible digitalization of government transactions including those related with tax back when he was still studying at the De La Salle University — shared his aspirations for such move to happen in the near future.