'The Classroom Song' makes it to Forbes, Kim Chiu hailed as one of Asia-Pacific's 100 Digital Stars 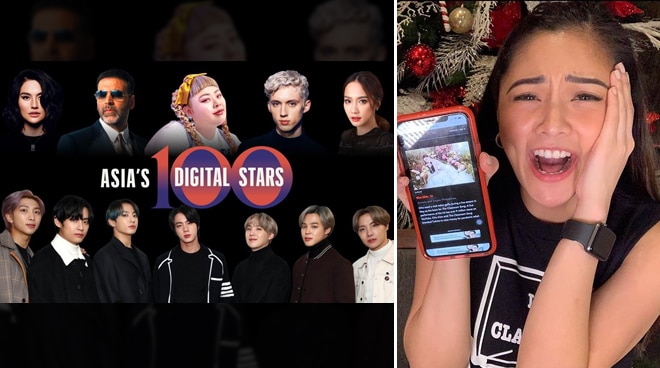 Kim Chiu added another feather to her cap after being named by Forbes Asia as one this year's digital stars.

The magazine released its 100 Digital Stars list on Tuesday, December 8. According to Forbes, the list "features 100 singers, bands, film, and TV stars with a strong social media presence" in the Asia-Pacific region.

The magazine added that the list puts the spotlight on celebrities who "have maintained their relevance" amid the pandemic and utilized their influence to help.

The actress-singer became emotional after her song made it to Forbes.

Forbes highlighted how Kim used  her "The Classroom Song" to raise funds for pandemic relief.

It can be recalled that her statement during the Laban Kapamilya live stream back in May became viral online. It inspired Kim to create the "Bawal Lumabas: The Classroom Song."

READ: Sweet! Xian Lim and Kim Chiu meet up for some quality time

The Kapamilya star extended her gratitude to Forbes for including her on the list.

Kim also remarked that this year might have been challenging but she did not falter trusting God's will.

"Grabe po!    I am just thankful for everything God has been giving me. My faith has been tested this year but I never gave up on trusting his will, ALL IN HIS GLORY! ALL FOR YOU FATHER GOD! 🏻 THANK YOU @forbes for this recognition ️ there is truly LOVE AND LIGHT!     🥺🥺🥺 MARAMING SALAMAT PO! ️ WOW!!!!!" she posted.