Heart Evangelista shared that she is a fan of BLACKPINK’s Jennie. 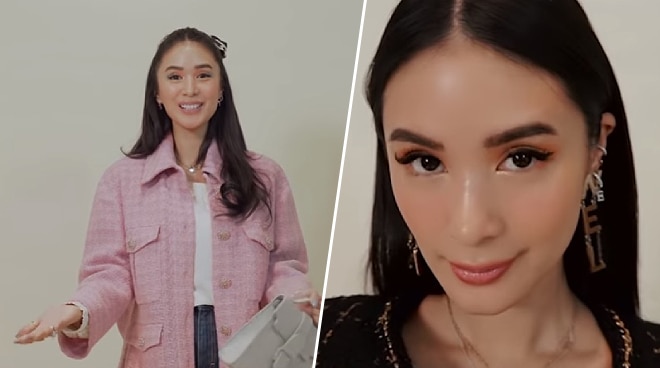 Heart Evangelista recreated the looks of BLACKPINK's Jennie in her latest YouTube vlog.

"Annyeong Blinks! Been so obsessed with BLACKPINK's songs lately so I decided to recreate my bias. Did I say that right?" she said.

Heart recreated two looks of Jennie in her vlog.

For the first look, Heart described the makeup as something with "a lot of shimmer and a lot of dewy."

After applying the makeup, she put on a  black and white outfit which matched one of the looks of Jennie in a music video.

For the next look, Heart applied a matte look for her makeup and donned a pink suit.

Netizens were quick to express how they admire Heart in her Jennie-inspired looks.

"I wanna see you both in one frame someday. Classy queens!" another netizen posted.

"OMG MISS HEART YOU REALLY MADE  MY BLINK HEART HAPPY!!" another netizen stated.

Jennie is a South Korean singer and rapper who is one of the four members of the K-Pop group BLACKPINK.

She was born in South Korea and spent five years studying in New Zealand.

BLACKPINK recently released their full-length album and made history as it debuted at No. 2 on Billboard 200. It is the highest rank attained by a K-Pop girl group on the said Billboard chart.