Wondering how your favorite celebs started out in showbiz? Take a peek at these 30-something male stars in their first television roles! 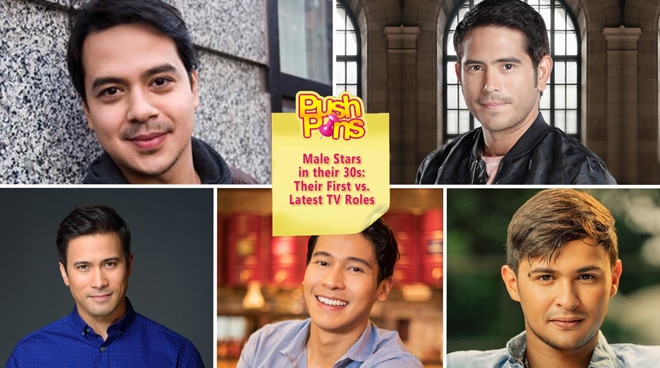 One of the most prominent actors in the country, John Lloyd Cruz has come a long way since he joined the cast of ‘Palibhasa Lalake’ in 1997. Over the years, Lloydie took on major roles both in TV and film. His last on-screen role was Mateo Rodriguez in the 2017 horror-fantaserye ‘La Luna Sangre.’

Sam Milby entered showbiz via the reality competition ‘Pinoy Big Brother’ in 2005. After PBB, he took on his first acting stint as Calvin in ‘Star Magic Presents: Tender Loving Care.’

Fast forward to 2020, Sam is one of the industry’s favorite leading men. He currently stars in the drama ‘Ang Sa Iyo Ay Akin’ as Gabriel Villarosa.

Like Sam Milby, Gerald Anderson also started his career as a PBB housemate. After PBB, he appeared in an episode of ‘Love Spell.’

From there, Gerald has grown and shown his versatility as an actor throughout the years. His latest role on TV was Alex Marasigan in the 2020 action drama ‘A Soldier’s Heart.’

Enchong Dee had his first acting stint in 2007 via the fantaserye ‘Pedro Penduko at ang mga Engkanto’ as Mark.

Over the years, he took on several major and supporting roles, impressing us with his impeccable acting skills. His latest on-screen role was Melvin in the 2019  “Wheelchair” episode of ‘Maalaala Mo Kaya.’

Matteo Guidicelli became popular through racing at the age of 11. He later showed interest in acting and first appeared in the sitcom ‘Go Kada Go’ in 2007.

Meanwhile, his latest role on TV was Lakam in the 2018 drama fantasy ‘Bagani.’

These male stars have indeed improved in their craft. Do you agree?