Ice Seguerra shares dream he had of his late father

Singer Ice Seguerra took to social media to share a dream he recently had of his late father, Decoroso ‘Dick’ Seguerra. 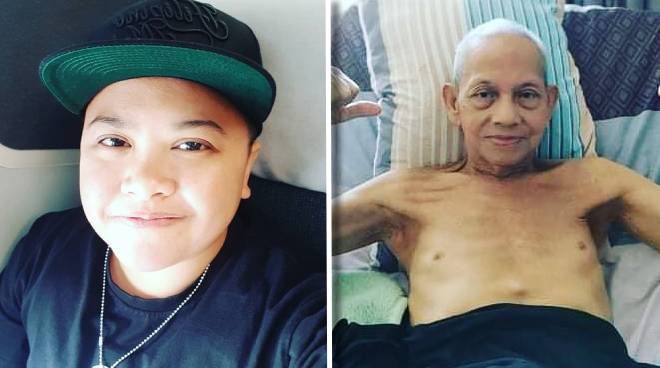 Singer Ice Seguerra took to social media to share a dream he recently had of his late father, Decoroso "Dick" Seguerra.

On Instagram, Ice shared a photo of his father, and in the caption wrote: "I finally dreamt of my dad."

Ice said his father looked "so comfortable and happy" in his dream.

"But at the center of it all, si Pogi. I can never forget his smile, simple pero iba. He looked very happy," he added.

Having seen his father happy, despite it all being just a dream, Ice said he woke up feeling comforted.

"I don't know what heaven looks like. But maybe heaven isn't about clouds and angels," he continued.

"It's about being with people we love, eating our favorite food, doing our favorite thing with our favorite people, surrounded by our pets, and finally being at peace. That's my kind of heaven and I know my dad is there," he said.

The father of Ice passed away last November 15 after battling prostate cancer.

Previously, the "Pagdating ng Panahon" hitmaker said that despite the challenges brought by his father's illness, the ordeal has brought them closer as a family and paved the way for past conflicts to be addressed.