‘Ang sa Iyo ay Akin’ actress Kira Balinger shares why she is thankful to be paired again with Grae Fernandez this year. 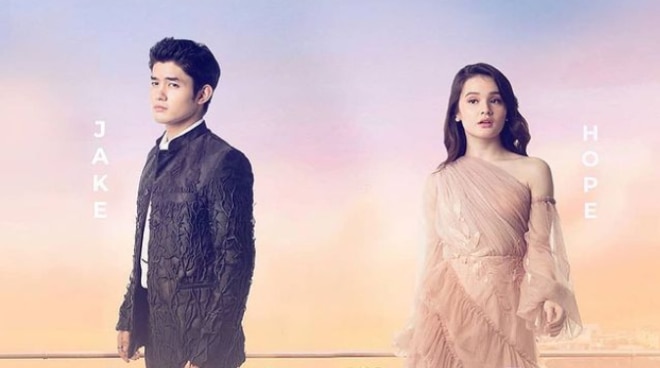 Kira Balinger said she is happy that she and onscreen partner Grae Fernandez are part of the family drama series Ang sa Iyo ay Akin.

“Sa character ko na si Hope, she comes from a partly broken family so I saw on Twitter na marami ding ka-age ko, ka-age namin ni Grae na nakaka-relate. So for me, to be able to connect to the audience like that, to connect to their pain, yun yung tumatatak sa akin,” she said.

READ: EXCLUSIVE: Kira Balinger feels lucky to get a big break in ‘The Story of Us’

The 20-year-old Fil-British actress was also thankful to be paired again with Grae, whom she worked with on Kapamilya projects in the past.

“Kami ni Grae we’ve known each other for a while now ever since mga 2015, ganun. So, we’ve really gotten to know each other. Off camera meron kaming mga bonding, we eat together, nag-kukuwentuhan kami, tawanan, and everything. So, I think our chemistry comes naturally. Actually, matagal nilang gustong i-partner sa akin si Grae but the opportunity just didn’t come around before until now. We both auditioned for our roles and when we were told that we both got the roles, siyempre sinabi sa amin na this is a really good project, this is super nice opportunity so galingan natin,” she explained.

READ: #StarsStayingHome: Kira Balinger goes back to her art and music

Shooting under the new normal has been a safe process for Kira because of ABS-CBN’s Kapamilya channel safety protocols.

“I’m very thankful that I have directors and staff and co-actors as well who really care for each other. Mahigpit kami sa safety protocols like you heard. So, it’s just very nice to be in a surrounding where we all care for one another. So siguradong safe kami,” she added.