Giselle Sanchez is 2020 Noble Queen of the Universe International

Giselle Sanchez was also named the Noble Queen of Social Media and Noble Ambassadress of Humanity. 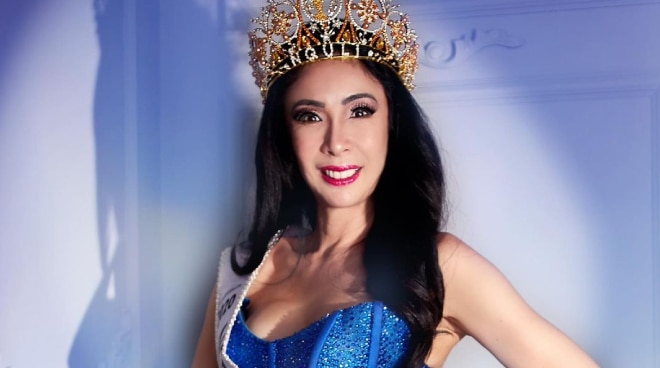 Giselle Sanchez was crowned the Noble Queen of the Universe International 2020 at the pageant's virtual coronation held Wednesday, December 30.

The comedienne represented the Visayas region in the pageant, which aims to "strengthen sisterhood around the world and enjoins women who have the heart to help and uplift the condition of communities across diverse societies."

"I did it! I was able to bring home the crown as Noble Queen of the Universe International!" Giselle said in an Instagram post.

"Sixteen family-oriented women with advocacies all over the world fought for the five crowns and I am so blessed to have brought home one for the Philippines. This is my final takeaway for 2020 and I thank God and the entire Philippines who supported me in my journey," she added.

Aside from her title, Giselle also won Noble Queen of Social Media and Noble Ambassadress of Humanity.

In her post, the 45-year-old star also thanked her fellow celebrity Patricia Javier and her husband, chiropractor Rob Walcher, for helping her join the pageant by sponsoring her.

"My deepest thanks to my chiropractor Rob Walcher and his wife, Noble Queen of the Universe Patricia Javier who sponsored me to enter the pageant as I was hesitant and half-hearted to join. I was finally convinced when Patricia told me that I can use the Noble Queen Pageant as a platform to get more donors so I can help more homeless families which is my advocacy. And now, in a few days I will be blessing a newly constructed home for a homeless family courtesy of the Noble Queen franchise," she said.

"I am so blessed that I have found this sisterhood who has fully supported my advocacy to help the homeless and provide food, shelter and sustainable livelihood for them," she added.

Patricia, 41, won the first-ever Noble Queen of the Universe pageant back in December 2019, besting 20 other candidates from different countries.