Among those who attended the event were Kristel Fulgar's good friends actress Sue Ramirez and vlogger Benedict Cua. 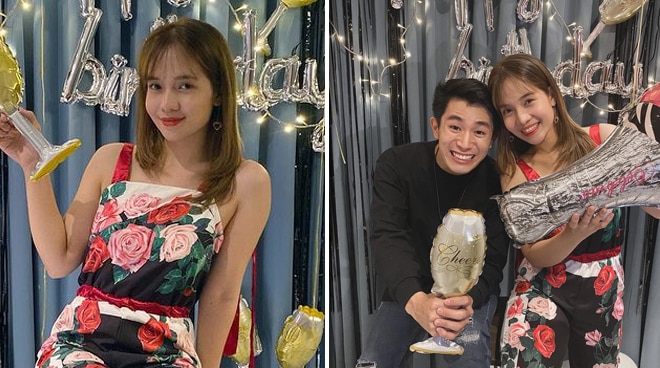 Actress and vlogger Kristel Fulgar celebrated her birthday with her family and close friends amid the coronavirus pandemic.

Kristel, who turned 26, shared photos and clips of her birthday party on Instagram on Tuesday, December 29, her actual natal day.

Among those who attended the event were her good friends actress Sue Ramirez and vlogger Benedict Cua.

Kristel first rose to fame as part of the kiddie gag show Goin' Bulilit, whose other graduates include Kathryn Bernardo and Julia Montes.

She has since starred in a couple of television projects, including Kampanerang Kuba, Maria Flordeluna, Got To Believe, Pangako Sa 'Yo, and more recently, Ngayon at Kailanman. On the big screen, Kristel was part of films Lastikman, Way Back Home, and Can't Help Falling in Love.

In 2014, Kristel ventured into vlogging. Since then, she has become one of the most popular YouTubers in the country, with over 1.94 subscribers on her YouTube page, "KrisTells Vlogs," and over 1.24 subscribers on her other account "Kristel Fulgar."

Last May, she received two Gold Creator Awards from YouTube. In her post announcing her double victory, Kristel said she never imagined that she would get this far in her vlogging journey.

"When I started these YouTube channels and doing song covers and vlogs, I always have this mindset, ‘I’m doing this for fun and to keep memorable moments,'" she said.

"I hope this serves as an inspiration to those who are aspiring to be a YouTuber as well," she added.