2020 MMFF Best director Antoinette Jadaone shares how film producers are taking action against those who watch their film illegally. 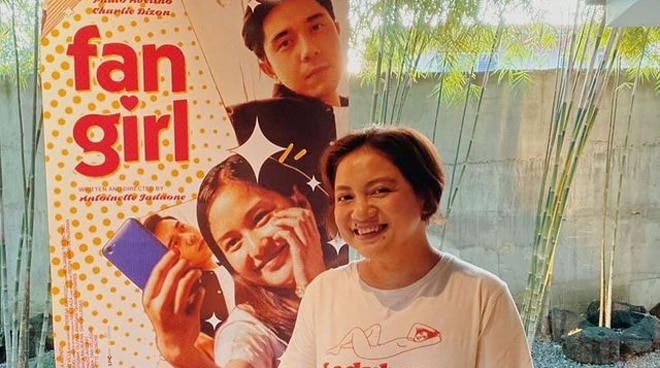 With her film Fan Girl one of the most affected by piracy in this year’s online Metro Manila Film Festival (MMFF), director Antoinette Jadaone revealed that they are taking action against film pirates.

“Actually hindi lang Fan Girl yung nag-usap, all the producers of the films included in the Metro Manila Film Festival. Fan Girl yung pinaka-apektado pero halos lahat apektado nung piracy and we have been talking with Upstream and Metro Manila Film Festival and this week they will be very busy with filing of whatever. We just have to meet again para mas maayos yung proseso. Pero definitely there will be very real consequences for the pirates and those who support it,” she shared during the Fan Girl blogcon held last December 28.

The Fan Girl director said that it is sad that even with the anti-piracy restrictions online, there are still people watching their film illegally.

“I think you can’t screenshot and you can’t screen record through Upstream just like in Netflix. But these pirates and thieves are really finding a way to record the film without permission. That’s why we’re really on the producers nagsama-sama to finally do something about it. Kasi for the longest time hindi natin na-se-seryoso pero piracy is always illegal, always bad. Pero it’s even worse when it’s happening during a pandemic na naghihingalo yung industriya natin. Tapos kung kelan tayo naghihingalo tatapakan pa lalo. Lalong mamamatay yung industriya natin. Kaya ngayon mas seryosohin natin ang paghuli sa mga pirata,” she said.

Aside from her film sweeping almost all the major awards in the recent MMFF Gabi ng Parangal, direk Tonette hopes the screen shots of the film circulating online can also drum up more interest in the MMFF Best Picture this year.

“Ang isang magandang bagay dun, when they see those photos and they decide to watch the film because of those photos, parang they came for Paulo’s (Avelino) eme but they stayed for the whole man. So parang they think it’s all about that private thing but it’s actually parang a small part of a whole of the film,” she added.