D.O. of EXO to be discharged from military next month

SM Entertainment says D.O. is currently on final leave and will be discharged on January 25, 2021 without returning to the base, in line with COVID-19 regulations. 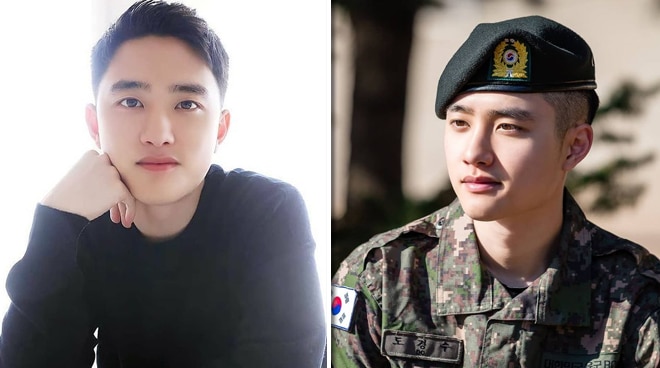 D.O. of South Korean boy band EXO is set to be discharged from the Korean military next month.

His agency, SM Entertainment, said D.O. is currently on final leave and will be discharged on January 25, 2021 without returning to the base, in accordance with instructions aimed to prevent the spread of COVID-19, according to a report from Korean entertainment news site Soompi.

It added that there will be no separate discharge event for D.O.

D.O. joined the military in July 2019. He is the second member of EXO to complete his military duties after Xiumin.

READ: EXO members gather to send off Chen as he enters military service

They are known for their songs “Love Shot” “Koko Bop,” “The Eve,” and ”Monster."

The group was supposed to visit the country in February to mark the 8th anniversary of South Korean cosmetics brand Nature Republic. However, the event was cancelled amid concerns over the 2019 novel coronavirus.

Apart from his group's activities, D.O has also starred in various television dramas and movies, such as Pure Love, My Annoying Brother, Positive Physique, Room No.7, 100 Days My Prince, Along with the Gods: The Two Worlds, and Swing Kids.

Based on a separate report from Soompi, D.O. has already chosen a movie with the working title The Moon to be his first project after his military discharge. The film will begin filming in the first half of 2021 and will also star veteran actor Sol Kyung-gu.