‘I was really rooting for you’: Iza Calzado tells Charlie Dizon after best actress win

Iza Calzado and Charlie Dizon were nominated in the same category for their performances in ‘Tagpuan’ and ‘Fan Girl,’ respectively. 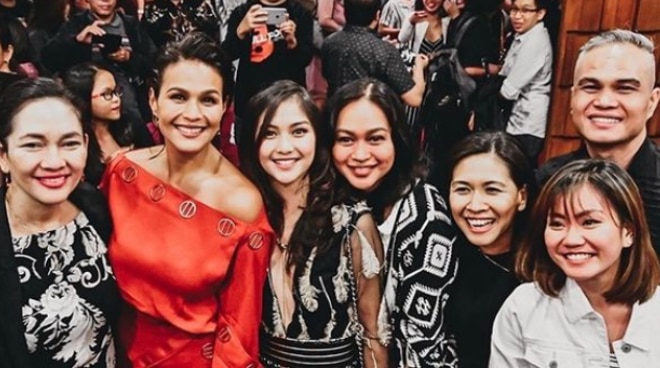 Iza, 38, and Charlie, 24, were nominated under the same category for their performance in films Tagpuan and Fan Girl, respectively.

In an Instagram post, Iza said that while they were competing for the same award, she was actually rooting for Charlie to win.

"Tonight, I feel blessed to witness a star shine brighter. I know we were nominated in the same category but I was really rooting for you," wrote the actress.

"I am beyond happy to see you win and thrilled that you mentioned me in your speech. It gives me a sense of purpose beyond self and that is a great gift. How amazing that God used me as an instrument to help you in your journey in becoming the Fan Girl. You were destined for this @charliedizon_. Mahal kita," she added.

In her acceptance speech, Charlie thanked Iza for introducing her to Antoinette Jadaone, who directed Fan Girl.

She also expressed her gratitude to Antoinette, as well as actor Paulo Avelino, who played her onscreen partner in the film.

In Fan Girl, Charlie portrayed the role of Jane, an obsessed teenaged fan who finds herself stuck inside a mansion with her celebrity idol for one night and learns "exactly why they say never meet your heroes."