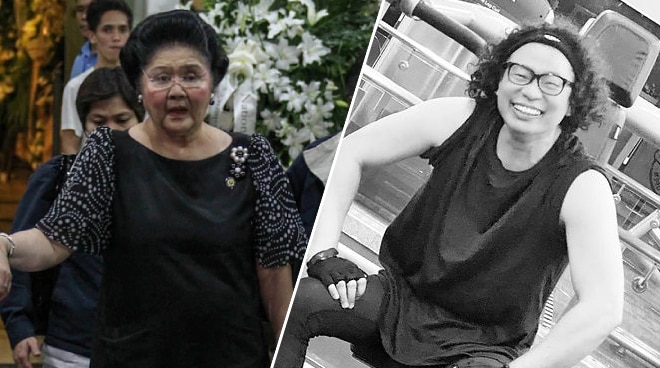 Local designer Avel Bacudio, who is known for having collaborated with and dressed many celebrities at events like the Star Magic Ball ended up in an online controversy after he praised Imelda Marcos on his Twitter and Tiktok accounts last Sunday, December 20. “For me, ang pinakamagaling na first lady ng Pilipinas Imelda Marcos,” the designer said.

Avel introduced his collaboration with the BL series Gameboys last November, writing on his Instagram account, “As a member and supporter of the LGBTQIA+ community, it is with pride that I share with you our Avel x Gameboys collaboration. Creating this collection with The IdeaFirst Company has been fruitful and meaningful as it has always been my dream to work with a media company that celebrates love and diversity. I also think that working with the younger generation helps me evolve as a designer, that's why having the cast on board added to my design inspiration for the collection.”

Shortly after posting (even after he deleted his Twitter video), The IdeaFirst Company announced it would be pulling his line from their website as they currently put on review “certain issues that are incompatible with the values of the company and our artists,” according to a post on their official Twitter account last December 22, Tuesday.

To those who are inquiring, the AvelxGameboys line was removed from The IdeaFirst Store as we review certain issues that are incompatible with the values of the company and our artists.

The popular BL series Gameboys, which is set to be launched on Netflix by the end of the year, stars Elijah Canlas and Kokoy De Santos. Aside from the clothing line, the Avel X Gameboys line also includes track suits, face masks, and perfume available on the local production company’s online store. Avel has not backed down on his recent statement regarding the controversial former first lady. “This is my personal opinion, kanya kanya tayong opinion, kanya kanya tayong adhikain. Sana po positive lang. Salamat po.”

Imelda Marcos is the widow of the late dictator Ferdinand Marcos. In 2018, Imelda Marcos was convicted of graft charges stemming from the $200 million stolen from the Philippine government during her time as First Lady and as Metropolitan Manila governor.