‘Batang Seiko’: Why Isko Moreno decided to leave showbiz behind

Isko Moreno explains the reason why he left showbiz. 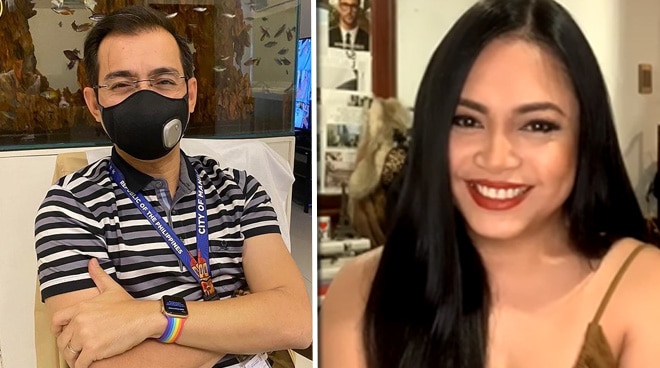 Isko Moreno appeared on G3 San Diego’s show and talked about his life both as a politician and a former showbiz personality.

The 46-year-old politician admitted that he didn’t know he had an ‘artista look’ until he was offered to join showbiz while at a funeral.

He also talked about his former love team partner Claudine Barretto whom he said remains to be his favorite.

Isko was also asked if his good looks became more of an advantage rather than a disadvantage in his political career or the other way around.

Known for his films with Seiko Films, Isko admitted that while he landed a spot in the City Council of Manila in the beginning, he had to prove that he was worthy of the opportunity given to him.

“Yes sa umpisa lang. Pero you have to prove it to your people. Batang Seiko pa ako,” he said.

While he was still in showbiz then, Isko tried to learn the ways where he can serve his constituents.

“So, noong manalo akong konsehal noong 1998 noong first term ko, inaral ko kaagad ‘yung trabaho. Tapos kumilos ako agad. I tried to do my best in my own little way to really serve the people of Tondo,” he stated.

With several tasks at hand, Isko said he eventually had to leave showbiz because he thought it was not fair for him to live in “two worlds.”

“Then, naturally, tinalikdan ko ang showbiz. I had to give up showbiz because if I’m really into this. I cannot live in two worlds. It’s going to be unfair to the people of Tondo that I represent at that time,” he said.

In the same interview, Isko said he would not get in the way of his children entering showbiz as long as they make sure they give him a diploma.

One of Isko’s sons, Joaquin, is currently pursuing a career as an actor while his other son is taking up college at De La Salle University plans to enter showbiz in the future.