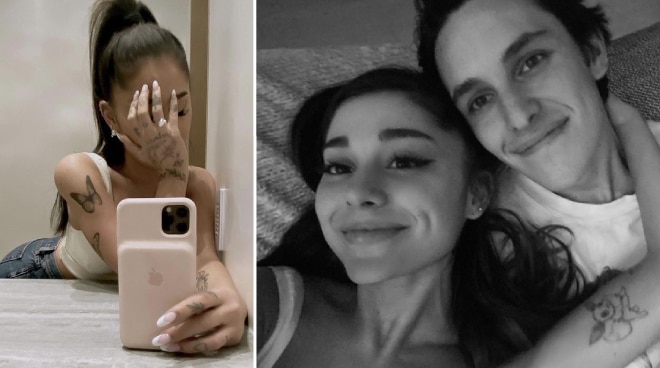 Ariana made the announcement on Instagram, sharing photos of herself with Dalton with the caption: “forever n then some.” In the said photos, Ariana can be seen wearing pearl and diamond rings.

While the couple has been dating for quite some time now, it was only through the music video for “Stuck With U” — Ariana’s collaboration with Justin Bieber— that the couple made their relationship public.

Prior to Dalton’s appearance in Ariana’s music video, the pop star has been posting photos of herself with Dalton on her Instagram account.

The 27-year-old singer had been previously engaged to comedian Pete Davidson. She called off her engagement with Pete after ex-boyfriend Mac Miller died of accidental overdose.

Meanwhile, Ariana’s future husband is a real estate agent at the Los Angeles-based Aaron Kirman Group, according to his profile on the company’s website.