Even Heart Evangelista has her own insecurities. 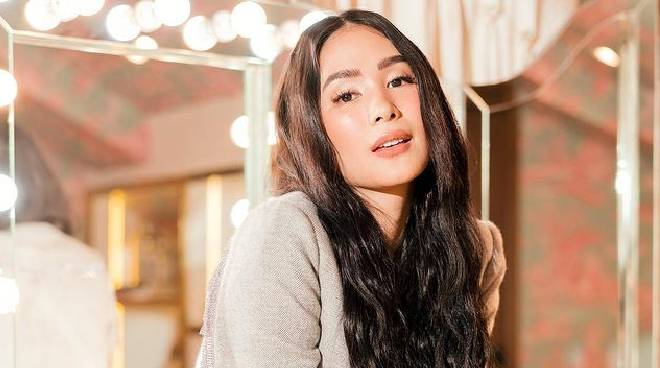 While Heart Evangelista remains one of the top A-list stars in the country, the actress-philanthropist admits that her insecurities would get the best of her.

On Friday, December 18, Heart released a vlog “The Year That Didn’t Happen,” talking about how she was ready to once again take her status as a fashion icon even before the year 2020 began.

READ: Heart Evangelista responds to netizen who asked if she opened her ‘wallet’ to help during typhoon aftermath

In the said vlog, she also went on a trip down memory lane as she recalled how she always knew what she wanted to do at a young age. But despite the beauty she possesses and the talent that she has, Heart admitted to having insecurities.

“I have to admit that there are times that I wanted to give it all up. There were very hard days when my insecurities would get the best of me. I knew I did not always fit in, I knew I was not like everyone else and I did not even know if people liked me because I was the different one,” she said.

Having been in the industry for a little over two decades now, Heart poured everything into her craft.

“I have always known that nothing good comes easy, so I have lived my life working hard and just always being on the go,” she stated.

READ: Here’s why Heart Evangelista offered to give BLACKPINK’s Lisa a tour of Sorsogon

Meanwhile, Heart shared how the pandemic made her anxious because of the uncertainties of the future.

“I was terrified of the virus and how it really could affect anyone. For the first time, I had so much, too much time on my hands. It felt like a nightmare for someone who wants to plan ahead and get busy. But I realized maybe I should use my time to realign myself. And so I did,” she said.

Heart Evangelista — whose husband Chiz Escudero serves as the Governor of the Province of Sorsogon — juggles her time between Manila and Sorsogon.