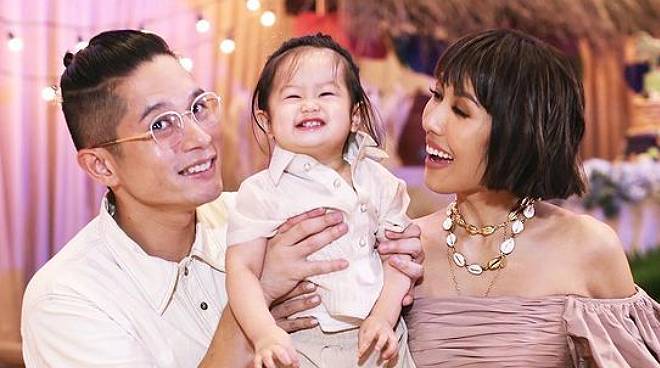 Celebrity stylist Liz Uy is closing 2020 with not just one, but two new milestones in her life.

In a piece she wrote for The Philippine Star, Liz opened up about her pregnancy with her second child with businessman Raymond Racaza.

“We were closing in on the fourth month of an endless lockdown when I found out that I was pregnant with our second baby. I ran to Raymond and we were both screaming in delight,” she wrote.

But Liz’s pregnancy comes with a challenge as she is suffering from hyperemesis gravidarum or “extreme, persistent vomiting and nausea” — just like her previous pregnancy.

“The biggest irony of getting sick with Hyperemesis Gravidarum once again is that it reminded me of how I felt seeing Xavi for the very first time. It made up for all that I had to go through to have him. Xavi is pure happiness and nothing, absolutely nothing, can equal what having him in my arms brought,” she stated.

Sharing what she does to overcome the sickness, she said: “Since then, I have slowly gotten back to working out. I discovered that Pilates is good for me. I’ve been easing back into work as well, overseeing my team at Stylized Studio and Mood. I started talking to friends and family again. I spend more time with my boys, Xavi and Raymond.”

Liz, who announced her engagement earlier this year, also revealed that she is now married to Raymond as she thanked him for constantly being with her amid what she is going through right now.

“Best of all, I have a husband who makes motherhood an even greater journey.  There is love, and there is unconditional love that I share with Raymond and Xavi, and soon enough, with our second child,” she stated.

Liz gave birth to her first child with Raymond — a son named Xavi — back in September 2017.

She was constantly criticized for her relationship with Raymond for allegedly being a “homewrecker,” with many saying the latter was still in a relationship with his previous wife when she entered the picture.