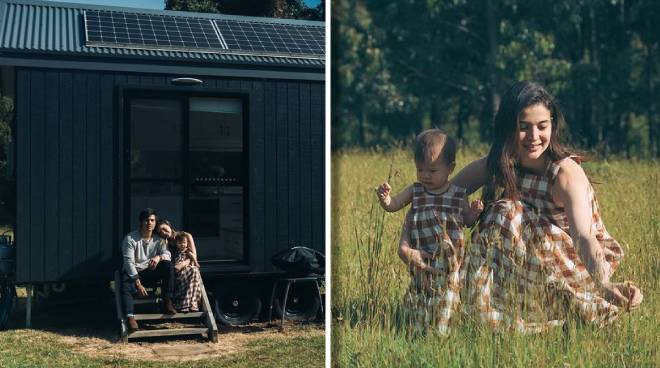 Erwan Heussaff is back to doing what he misses the most — creating travel films with his wife Anne Curtis. But this time, Dahlia is now part of their new adventures together.

In his latest vlog, Erwan gave a glimpse of their recent trip where they rented out a tiny house in the middle of nowhere in Australia which they described as a “place of absolute focus.”

“It’s like when you’re hiking in a forest and all you can hear is the echo of your own footsteps, constantly looking behind you seeing if you’re being followed yet walking forward on a rhythmic beat,” Erwan said.

Describing the state of his journey 2020 so far, Erwan said: “These are the emotions that I longed for this year, being in control of your own isolation, you know.”

When Erwan asked Anne about the thing she missed the most, Anne said going outside and enjoying the simple things she has taken for granted for years.

“Just being outside. I feel like we’ve taken so many things for granted over the years. Going into the woods, dipping my toes in the cold river, falling asleep under the stars and just the idea of belonging to something … waking up with nothing to do for the day,” Anne said.

Having welcomed their daughter Dahlia earlier the year, Anne said her nine-month-old baby daughter them a lot of things — including gratitude for the things they have in life.

“She’s really taught us to slow down and appreciate what’s around us and be grateful for what we have,” she said.

Erwan then shared how Dahlia made it possible for them to experience the things they missed doing before she came into their lives.

“But through her, we kind of got to experience it all over again. We really need to do better for the little ones,” Erwan said.