This is the reaction of Vhong Navarro after Star Hunt Academy Boys performed on ‘It’s Showtime.’ 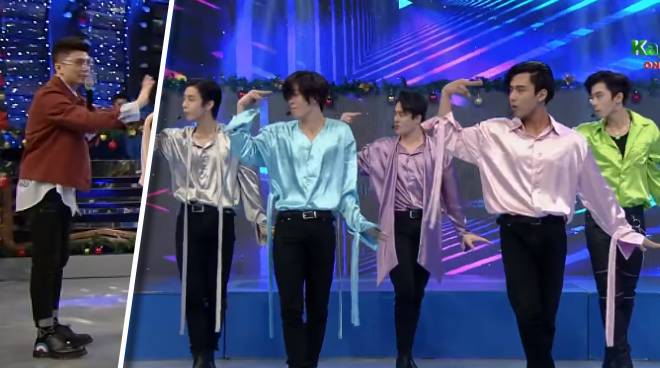 Dancer and host Vhong Navarro was all praises for the Star Hunt Academy Boys after performing a dance mash-up of "Tala" and "Kilometro" on It's Showtime.

Vhong then asked how many weeks they practiced for their performance.

According to the group, they spent 2 weeks learning the choreography and spent another 2 weeks to polish it.

The group’s performance on It's Showtime has already gone viral online. As of this writing, the video has already gained 77K reactions and 1.8 million views.

They are set to have their official launching in January. But they have been regularly performing on ASAP Natin 'To since November.

In an interview at their contract signing, the group expressed their gratitude to those who have been showing their support for them ahead of their launching.