Ivana Alawi gave back to those who are in need as she reached a new milestone on YouTube. 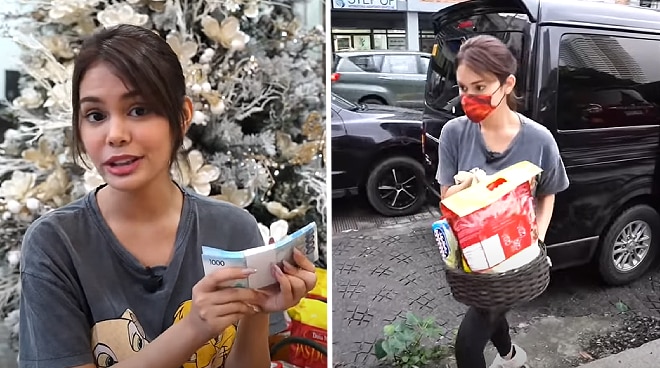 Ivana Alawi celebrated her new milestone on YouTube, which is reaching 10 million subscribers, by giving back this Christmas season.

The popular YouTuber chose to share a simple meal with her family because she wanted to save money and purchase grocery items for those who are in need.

She added, "So yes thank you for the simple celebration. And after mamimili tayo ng grocery at ipamimigay natin sa mga taong nangangailangan."

Aside from giving groceries, she also gave Php 10,000 each to the recipients of the grocery items.

She also announced that she is giving away ten two-year college scholarships to her subscribers.

Last August, she celebrated her first anniversary on YouTube.

She was also named as YouTube's top creator in the Philippines in 2020.

Her vlog "Boyfriend Prank" also landed on the fourth spot of the top ten trending videos on YouTube in the country this year.