Catriona Gray admitted that she became emotional the first time she watched the footage. 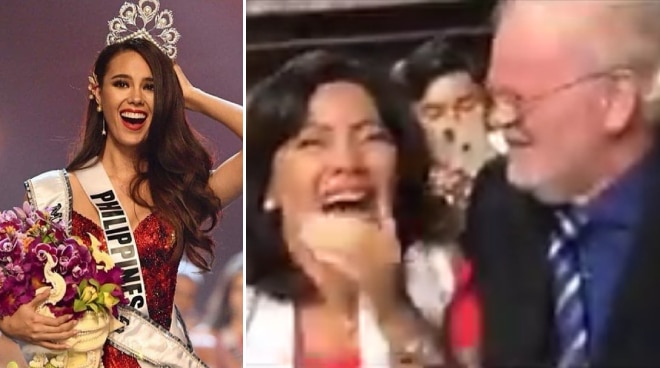 Catriona Gray took a trip down memory lane as she marked her anniversary of being crowned as Miss Universe.

On her Instagram page, the beauty queen shared a clip of the reaction of her parents during her crowning moment in Thailand in 2018.

"2 years ago today  @missuniverse. Honoring my amazing parents whose support and love made me into the woman I am today," she posted.

Catriona admitted that she became emotional when she watched the video of her mom and dad’s reactions.

"Even though tears didn't fall when the crown was placed on my head, tears fell when I saw this footage the first time. Love you Mama and Papa," she wrote.

Catriona was born to an Australian father of Scottish descent named Ian Gray and a Filipina mother from Albay named Normita Ragas Magnayon.

READ: This is what Catriona Gray posted after Miss Universe Colombia pageant called her ‘Australian by birth but represented PH’

She is the fourth Filipina to win the Miss Universe crown. She won the title in December 2018 in Nonthaburi Province, Thailand.

When she won the crown, Catriona shared that her mother once had a dream of her winning the Miss Universe title.

"When I was 13, my mum told me ‘Honey, I dreamt of you winning @missuniverse in a red dress.' At that time I thought nothing of it, and today my mother's dream came true. Where do I even begin?

“Lord God, I lift everything up to you - to glorify and honor you. Philippines 🇵🇭 what an amazing honor it has been to carry your name across my chest and to embody you in all aspects. I may now carry the sash of Miss Universe, but I'll forever be your Miss Philippines," she posted on December 17, 2018 following her win.