WATCH: Ryan Bang becomes emotional when Vice Ganda told him he can't be by his side forever

Vice Ganda shared advice to Ryan about being strong on his own. 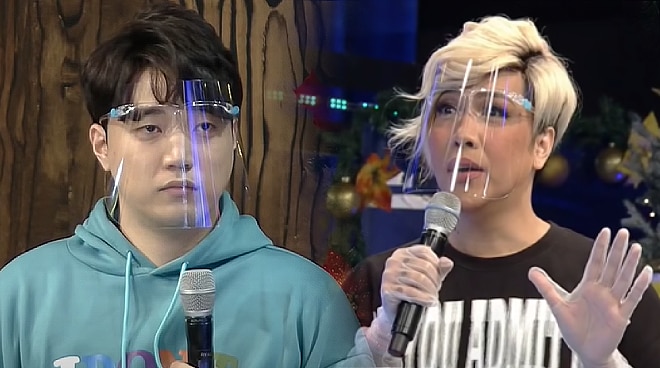 Vice Ganda shared a recent conversation he had with fellow It's Showtime host Ryan Bang when he reminded the latter about being strong on his own.

Vice relayed that he told Ryan during a conversation to not always depend on him, because he will not be by his side forever.

The comedian then called Ryan’s attention during the show and reiterated to him the words he told him before.

“Ryan, you have to be strong, and when you are strong, I am happy,” he told the comedian.

“Hindi tayo maghihiwalay kasi karugtong ka ng puso ko. But physically, we will have to be away from each other in time,” Vice said.

Vice also shared words of advice to parents who were watching the show.