Sofia Andres threw a special party for her boyfriend, Daniel Miranda, who just celebrated his birthday. 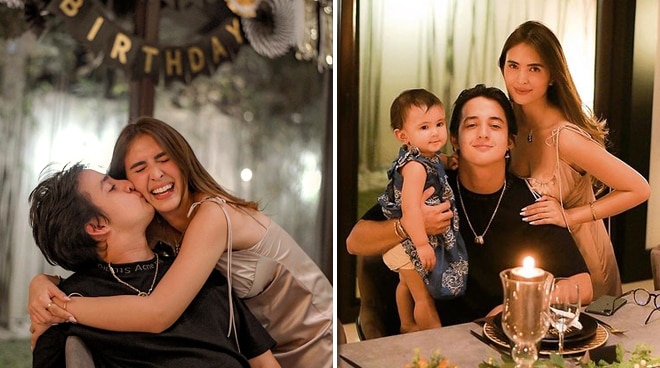 Sofia Andres threw a special party for her boyfriend, Daniel Miranda, who juat celebrated his birthday.

Photos from the intimate celebration were posted by the actress on Instagram.

Among those who attended the party were YouTube star Ranz Kyle and grandson of the late comedy icon Dolphy Quizon, content creator Mikyle Quizon.

Check out the photos below:

It was last June when the couple surprised their fans with their announcement that they already have a child.

READ: Issa Pressman, Sofia Andres among the most searched female personalities on Google PH in 2020

Sofia, who gave birth to her baby girl Zoe in Australia on November 24, 2019 at the age of 21, dropped the news in her Father's Day greeting for Daniel.

“I want to celebrate my greatest love, Daniel. I’m so grateful that I have you by my side because you have brought so much color and adventure into my world. Not only that, you (sic) also been part in giving me my greatest happiness—our little angel,” she said in her post.

In a previous interview, Sofia said she appreciates how her boyfriend is keeping up with his new role as a first-time father.

Asked whether she and Daniel have discussed wedding plans, Sofia said they aren’t rushing to tie the knot, as their priority at the moment is to take care of their daughter.